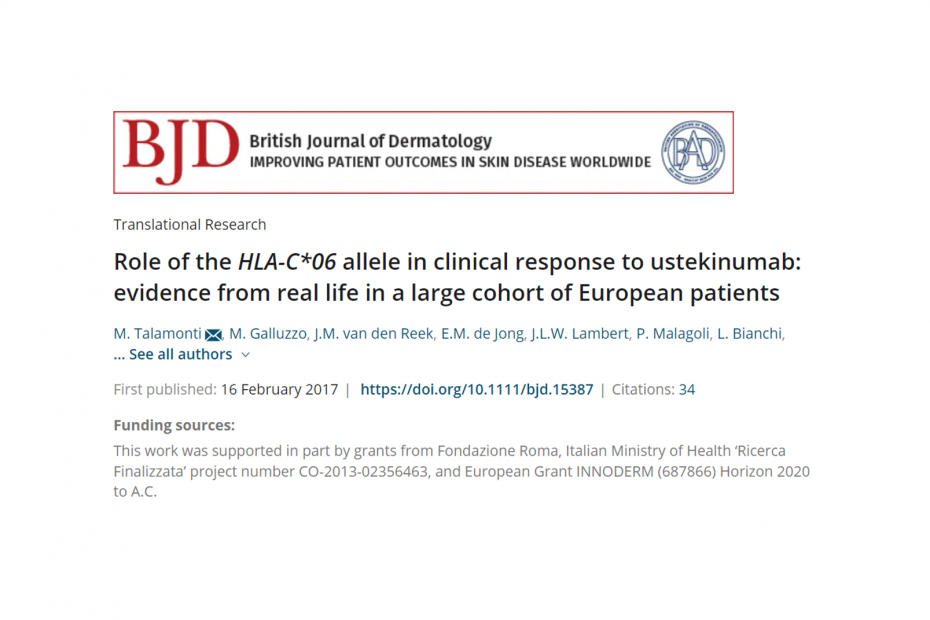 The first INNODERM peer-reviewed publication is out in the British Journal of Dermatology from partner Humanitas University. In the publication, the authors present a multi-center, large cohort study in which they investigate the role of HLA-C*06 as a pharmacogenetic marker of psoriasis in response to ustekinumab. The severity of psoriasis and response to treatment were evaluated using the Psoriasis Area and Severity Index (PASI) score and results confirm the role of HLA-C*06 as a potential predictor of response to ustekinumab. These results will be used during the INNODERM project as a potential biomarker for detection by the RSOM prototype.